One of our best-known periodontal bacteria is Fusobacterium. FNucleatum and FPeriodonticum have a strong association with periodontal disease. They adhere to several oral pathogens, and are often seen in refractory periodontitis. This is one of the periodontal pathogens we can test for in the office using OralDNA testing. The article below notes a possible link with colorectal cancers. Enjoy! 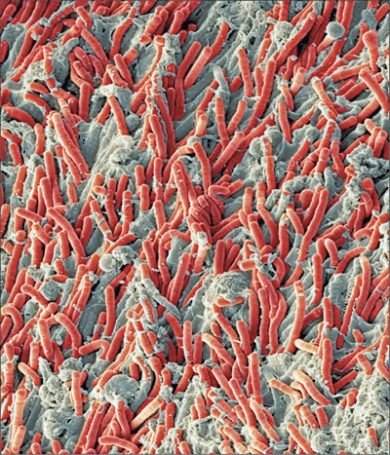 Dentistry.co.uk News
Possible link between gum disease and bowel cancer
13th Februar􀁜 2012
The bacteria associated with the most common cause of tooth loss in adults could be a pre-curser for
the development of bowel cancer, according to a team of scientists.
The link comes as scientists at the Dana-Farber Cancer Institute and the Broad Institute in America
found an abnormally large number of Fusobacterium 􀂱 a bacterium associated with the development of
periodontal disease 􀂱 in nine colorectal tumour samples, pointing to the possibility the two could be
associated.
Bowel cancer, also known as colon cancer, is one of the top three deadly cancers in the UK. Around
35,000 people are diagnosed with bowel cancer every year and around half of them die.
Although lead author Matthew Meyerson, co-director of the Center for Cancer Genome Discovery at Dana-Farber and a professor of pathology
at Harvard Medical School, believes further research is needed to discover the extent of the link, the research suggests the bacterium could be
a factor in the development of cancer.
Dr Meyerson stated: ‘At this point, we don’t know what the connection between Fusobacterium and colon cancer might be. It may be that the
bacterium is essential for cancer growth, or that cancer simply provides a hospitable environment for the bacterium. Further research is
needed to see what the link is.’
Chief executive of the British Dental Health Foundation, Dr Nigel Carter, believes the research further highlights the importance of good oral
health. He said: ‘This research, although at an early stage, is more evidence of the systemic links between oral and overall health. Everyone
suffers from gum disease at some point in their lives, which could potentially endanger thousands of people if they persist in neglecting their
oral health.’